Bringing Food, Help, and Hope to Seniors in Need 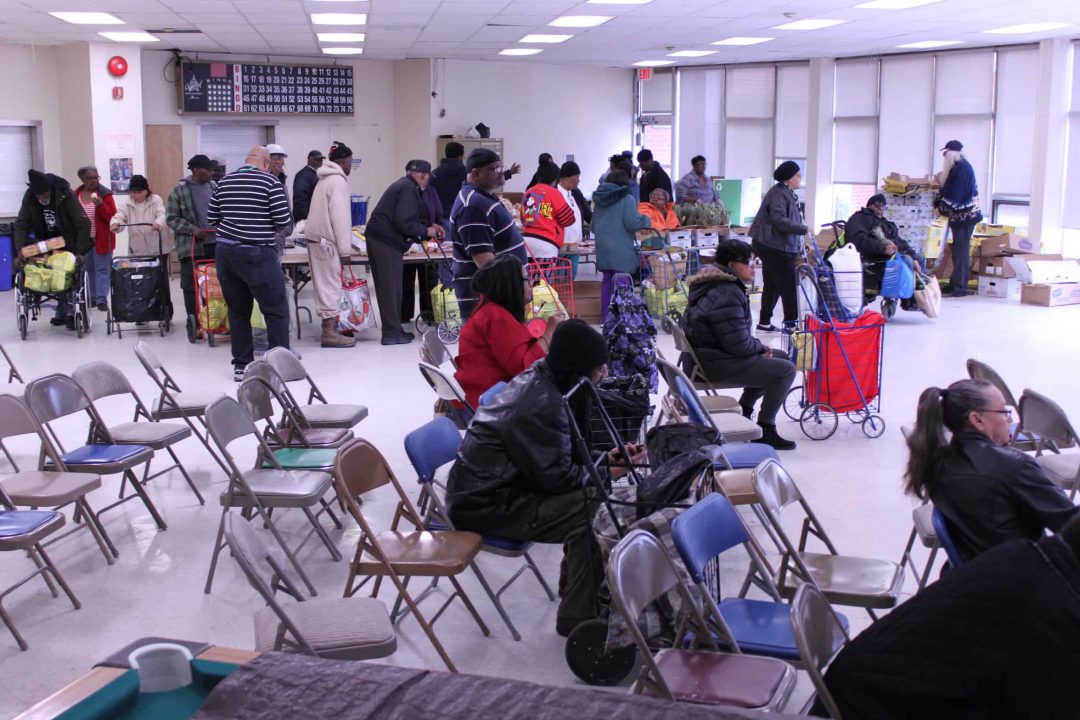 The Irvington Housing Authority is one of our local community partners that serves seniors in need on a monthly basis, including those with dietary limitations.

James, 69, is a cancer survivor who comes to the Irvington Housing Authority CSFP distribution in his apartment building every month. Thankfully, he is in remission, but he still deals with major health ramifications that make eating right especially important.

“Being that I had an intestinal blockage and aggressive cancer, diet is important to me,” he told us. “Without the FoodBank, I would be catapulted into a deficit where I wouldn’t get the proper nutrients.”

James worked hard all his life and even owned his own home before losing it during the 2008 recession. Having spent his money keeping his medical debt at bay, he now resides in subsidized senior housing on a fixed income that makes it difficult for him to afford both medicine and food–two essentials that keep him healthy.

This is an unfortunate reality for many seniors in New Jersey and around the country. In the United States, more than 5 million seniors age 60 and older struggle with hunger. Of the people served by the Community FoodBank of New Jersey, 73% must often choose between spending money on medicine or food.

“I was formerly receiving $220 [a month] of food stamps, but that has diminished to $15,” James added. “With only $15 of food stamps, there’s no sense in me going to Shop Rite, Pathmark, or anywhere else. Without this [food], I don’t know what I would do.”

Aida, 88, has lived in the Irvington senior apartments for 21 years and comes to receive her CSFP box every month. “Every little bit helps,” she said. “I enjoy the food you give me here. It helps me budget my income money on stuff that I have to do with my medicine and things like that.”

The Irvington Housing Authority also encourages volunteerism among its residents, as those who don’t receive CSFP boxes volunteer to help distribute them.

“I’m a cheerful giver, and I don’t have much to give, but when they asked me to help give this out when they come once a month, I love it,” said Victoria, a resident volunteer. “I love serving the people.”

Click here to learn more about how we help seniors in need.