If The FoodBank Disappeared… “I Would Probably Be Back In Jail” 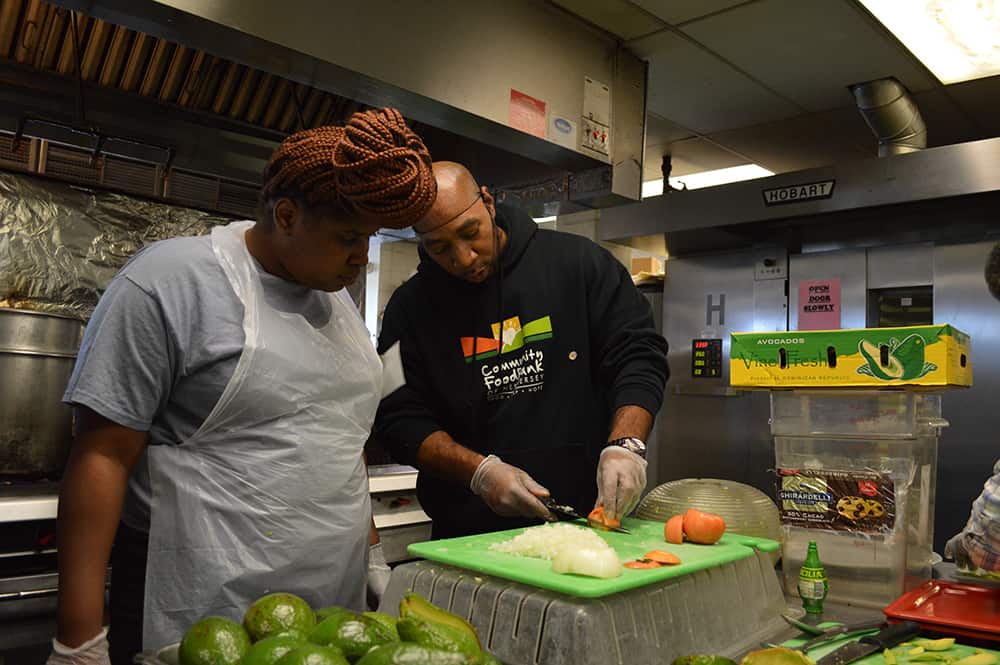 “I started selling drugs at a young age just so I could buy food,” said Daryl. “I didn’t know anything else.”

His family struggled financially, so he turned to the streets of New Brunswick to provide for himself. He was in and out of jail, with no end in sight – until he decided to set an example for his kids.

While in a halfway house, Daryl learned about the FoodBank’s free culinary job-training program and enrolled. “I made it here, so I decided to put all my energy into the program and do everything I’m supposed to do and more,” Daryl said. “It paid off. I graduated top of the class.”

After graduation, Daryl worked at the FoodBank as a Culinary Apprentice for 18 months.

“It gave me a chance to really learn about the program and the culinary field so I could make it out there in the real world,” he said. The FoodBank team then helped him find a job to gain more experience; Daryl prepared meals for clients at Eva’s Village in Paterson for almost two years.

Now he’s back at the FoodBank, working as Production Manager. In his role, he prepares meals for several nutrition programs including Kids Cafes, which serve nourishing after-school meals to children at risk of hunger. He also mentors Food Service Training Academy students, many of whom he resonates with because of his personal story.

“I’m showing them that they’ve got a chance,” he explained. “They don’t have to stay in the lane they’re in. They can make a change like I did.”

“This program changed my life,” Daryl said. “This is one thing I really love to do. If this wouldn’t have worked for me, I really think I would be back out in the streets.”