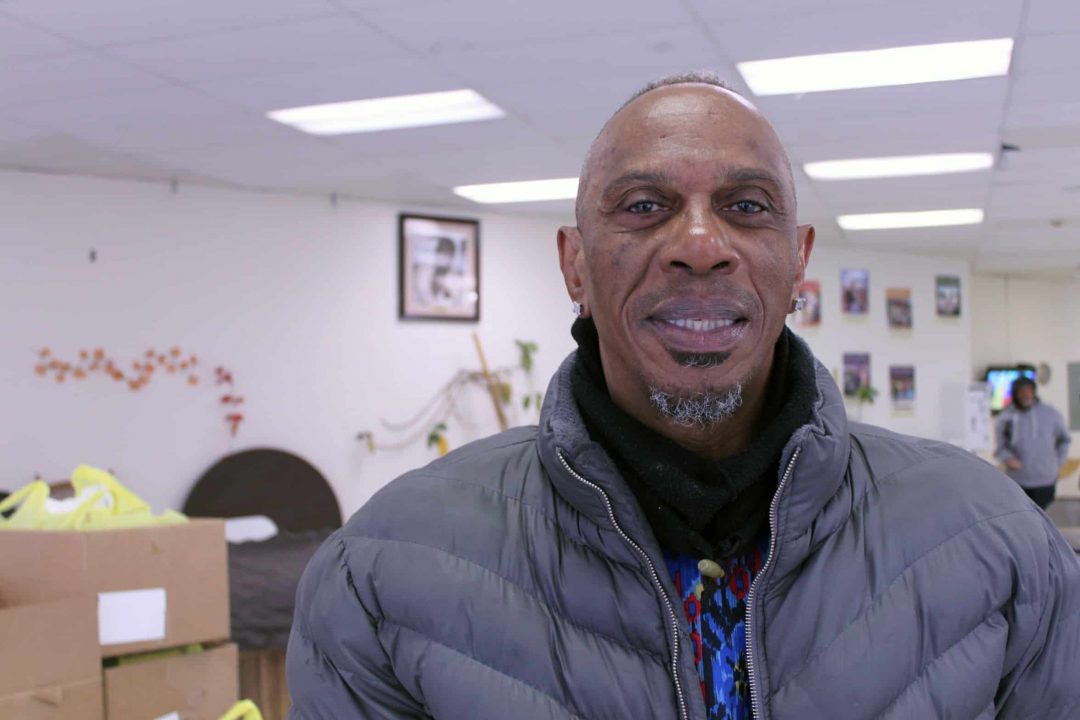 James, 69, worked hard his whole life but struggles to get by now that he’s retired. He lost his house during the 2008 economic recession and was forced to spend his savings on medical bills.

He now resides in subsidized senior housing, and his fixed income often requires him to choose between paying for medicine or food.

James is a cancer survivor who goes to the senior box distribution in his apartment building every month. A friend to volunteers and neighbors alike, he chats with the people around him as they wait in line.

“It’s really a blessing,” he said.

Thankfully, his cancer is in remission, but he still deals with major health ramifications that make eating right critical.

“Being that I had an intestinal blockage and aggressive cancer, diet is important to me,” he told us. “Without the FoodBank, I would be catapulted into a deficit where I wouldn’t get the proper nutrients. Without this food, I don’t know what I would do,” he said.

Look around. Hunger is everywhere, right here where we live, and it doesn’t look like you think. It impacts our neighbors, colleagues, and friends, though they work hard to make ends meet. Your support makes a real difference in their lives. Click here to make a gift to help neighbors in need, like James.