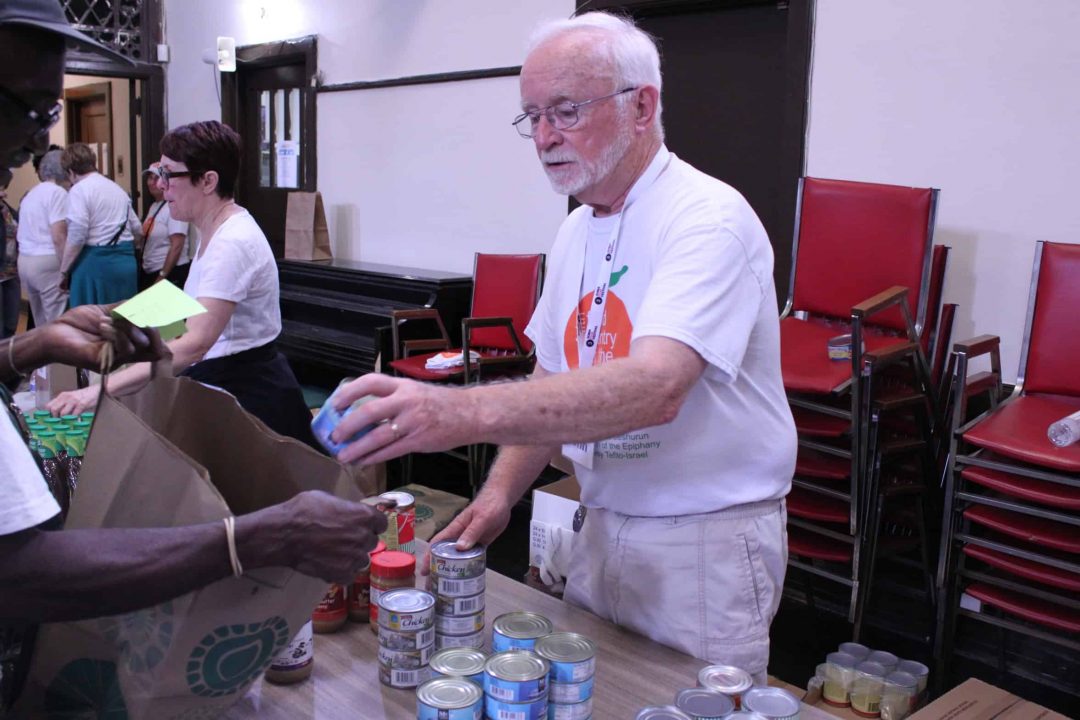 Affectionately dubbed the pantry’s “volunteer extraordinaire,” John was introduced to the Interfaith Food Pantry of the Oranges when he was part of a group of retirees who were tasked with fixing up the rooms at Church of the Epiphany and Christ Church, where the pantry operates.

“We called ourselves the carpenters’ club,” he laughed. “Even though none of us were ever carpenters.”

Together, they made improvements to the rooms where the pantry stores and gives out food. As John learned more about the pantry and its work, he decided to get involved with the weekly distributions.

Now, he sees firsthand the need among the clients he helps serve, who know him as “Mr. John.”

“It’s a whole range of people,” he told us, “some of the most kind, friendly, open people that you’ve ever met.”

Look around. Hunger is everywhere, right here where we live, and it doesn’t look like you think. It impacts our neighbors, colleagues, and friends, though they work hard to make ends meet. Your support makes a real difference in their lives. Click here to make a gift to help neighbors in need. All gifts DOUBLED until midnight 12/31.