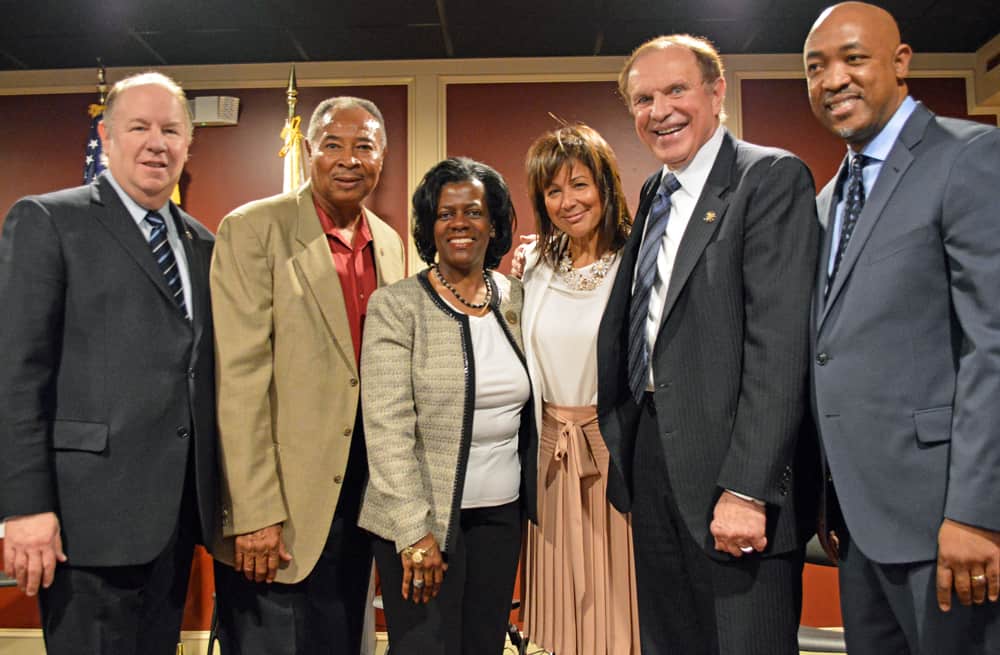 “Food stamps are not a hand out,” New Jersey State Senator Raymond Lesniak said. “They’re a hand up.”

That opinion was echoed by all at a news conference on March 9, where Sen. Lesniak announced new job programs aimed at helping the state’s most vulnerable.

When Gov. Chris Christie called to end the waiver for Able-Bodied Adults Without Dependents (ABAWD) on December 31, up to 11,000 New Jerseyans were put at risk of losing their SNAP (food stamps) benefits within three months. But on March 8, several counties received good news; the governor’s office contacted them about extensions to the waiver.

As one example, Union County officials learned that they received an extension until August 1, meaning that ABAWDs now have until November 1 to comply with employment requirements to keep their benefits. Union County Human Services Director Frank Guzzo said that nearly 50,000 residents receive food stamps and the extension will help 1,500 of them.

Our CEO and President Debra Vizzi addressed SNAP and the job programs as ways the community helps our neighbors in need.

“It is a collective impact,” she said.

Several food stamp recipients shared how SNAP helps them provide for themselves and their families. They also agreed that the job programs will have a positive impact on them and their neighbors.

As she put it, poverty and food insecurity are “an American issue” and a New Jersey issue.

Diane Riley, our Director of Advocacy, was also among those attending.