President and CEO
Carlos M. Rodriguez is a recognized voice in the fight against hunger and in addressing the needs of the working poor. More than twenty-five years of executive leadership experience have focused on improving policies and delivering services to reach all neighbors in need. Understanding the complex ecosystem affecting hunger, he has expanded efforts across multiple organizations to feed and shorten food lines simultaneously. Born and raised in the South Bronx, he has an in-depth understanding of poverty and a profound appreciation for the impact of human service.
Carlos earned his MS in Urban Policy and Not-for-Profit Management from Milano Graduate School, New School University, a BA in Sociology from the College of the Holy Cross and a Not-for-Profit accounting certificate from New York University. He previously served as the Executive Director of Fulfill (formerly the Food Bank of Monmouth and Ocean Counties) and has also held high-level positions at the Food Bank for New York City, as well as the Children’s Defense Fund of New York and the Community Food Resource Center. In 2016, he participated in the White House Conversation on Child Hunger.
Since joining the Community FoodBank of New Jersey, Carlos has led the organization through historic growth in food distribution and program development, with increased food security outcomes. He has testified on behalf of the Feeding America network of food banks at the U.S. Senate Committee on Agriculture, Nutrition, & Forestry's Child Nutrition Reauthorization Hearing. He has also served as a contributor and member of Governor Murphy's Third Sector Advisory Council, the NJ Restart & Recovery Advisory Council, and the NJ General Assembly's Economic Advisory Panel. 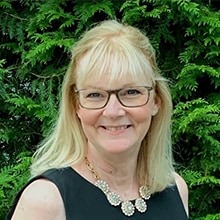 Chief Administrative Officer
Lisa has spent over twenty years as an executive and leader at Prudential Financial where she built her career implementing strong financial and risk management systems, influencing strategic direction and business value, leveraging data to enhance executive decision making, advancing organizational process optimization and technology innovation. Lisa is a graduate of Rutgers University where she earned a bachelor’s degree in Economics and Accounting. Since 2014, she has served as a Court Appointed Special Advocate, advocating for the best interest of children placed in foster homes due to abuse, neglect, or abandonment. 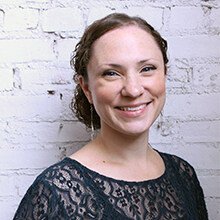 Vice President of Programs & Services
Jeannie Fournier provides strategic development and leadership for CFBNJ's programs focused on providing nutritious food to meet immediate needs as well as efforts to shorten the line and create food security. Jeannie has built and lead large-scale programs for over 16 years, most recently serving as Senior Director at Food Bank For New York City where she oversaw nutrition and capacity building efforts at schools and community based organizations citywide. Jeannie is a graduate of William Paterson University and a Master Certified Health Education Specialist. 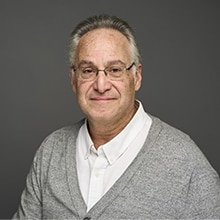 Vice President of Operations
David Goldstein oversees all of CFBNJ's logistical operations. He was previously a Director at Fulfill of Monmouth & Ocean, where he ran their operations, food sourcing, network engagement, and human resources departments. David has also served as Vice President of Operations for the Food Bank for New York City and in various managerial roles for United Parcel Service. For the past 14 years, he has served on and chaired Congressman Jose E. Serrano's Service Academy Committee. In June 2013, Congressman Serrano honored David with a Congressional Record. 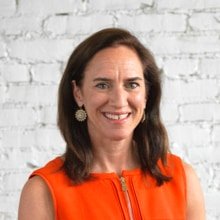 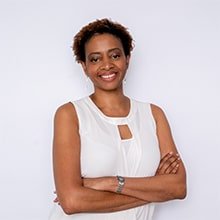 Network Leader
Jennifer Nelson oversees our relationships with and support for our network of 800 community partners. Jennifer was previously Senior Vice President at Do Good Auto Coalition, where she led hyperlocal data analysis to track emergency food relief efforts of multiple nonprofit organizations during COVID-19. She also served as the Director of Operations and Food Sourcing at food rescue organization, Table to Table. Jen started her career in Chemical Engineering and has over 20 years of operations, data analysis, sales, marketing, and entrepreneurial experience. 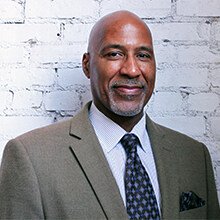 Vice President of HR
Terrence oversees talent management and human resources compliance at CFBNJ. He’s led high performing teams for over 20 years for organizations like the ACLU, OTG Management, Johnson & Wales, and The New York Times Company in senior leadership roles in human resources, development and operations. He holds a Bachelor’s Degree in Hospitality Management from Johnson & Wales University, a Master’s in Human Resources from Troy University, and a Doctorate from William James College.