CFBNJ Through the Years 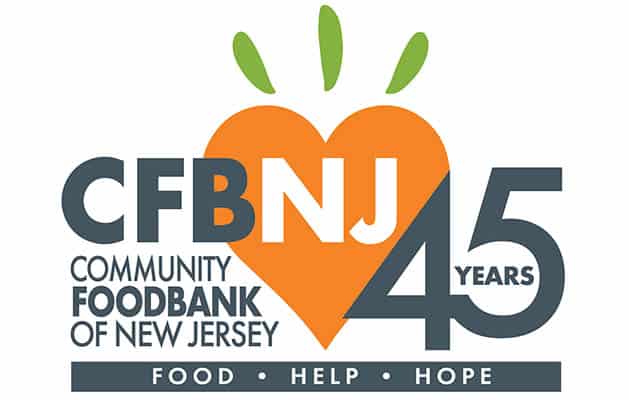 We’re proud of our rich 45-year history of accomplishments! From 1975 to 2020, take a look at how we came to be the state’s lead anti-hunger organization, delivering food, help, and hope to countless neighbors in need.

Kathleen DiChiara sees need in the community and begins collecting and distributing food from the back of her station wagon, using her garage as storage and her kitchen as an office.

The Community FoodBank of New Jersey is officially incorporated as a 501(c)(3) nonprofit, distributing 150,000 pounds of food during the year.

The FoodBank takes over the Salvation Army program serving Atlantic County and expands its hunger relief efforts to South Jersey with a new Southern Branch in Landisville, which would later relocate to Egg Harbor Twp.

The FoodBank’s headquarters moves to its current home at 31 Evans Terminal in Hillside, a former Kraft factory with 285,000 square feet of warehouse space.

The first Blue Jean Ball annual fundraiser is held on October 22 with an “Age of Aquarius” theme. The event is $75 per ticket and features cocktail hour, a silent auction, and dinner and dancing in the warehouse.

The Kids Cafe program is launched with an initial goal of nourishing up to 500 children per day with dinners prepared in the FoodBank’s newly completed commissary kitchen.

The Food Service Training Academy begins as a 12-week culinary and life skills program to help those in need procure employment in the food service industry.

After the September 11 World Trade Center attack, the FoodBank serves as the processing center for all relief donations arriving from points west and south of New York City, working with the Salvation Army to coordinate emergency supplies and to provide bottled water and meals for rescue workers.

Despite power outages and major flooding in its warehouse, the FoodBank responds to statewide need in the aftermath of Superstorm Sandy.

After 40 years as Executive Director, FoodBank Founder Kathleen DiChiara retires, leaving behind a legacy of food, help, and hope that has touched countless lives.

The FoodBank launches its Hunger as a Health Issue initiative that takes a holistic approach to food insecurity with access to fresh produce, free health screenings, and nutrition education.

Today, the FoodBank is the hub of a robust network of more than 1,000 pantries, soup kitchens, shelters, and other feeding programs, distributing over 60 million pounds of food annually. In recognition of our 45th anniversary, we’re evolving our brand with the introduction of a new logo–one that represents our end goal of striving to fill hungry neighbors’ hearts with hope.